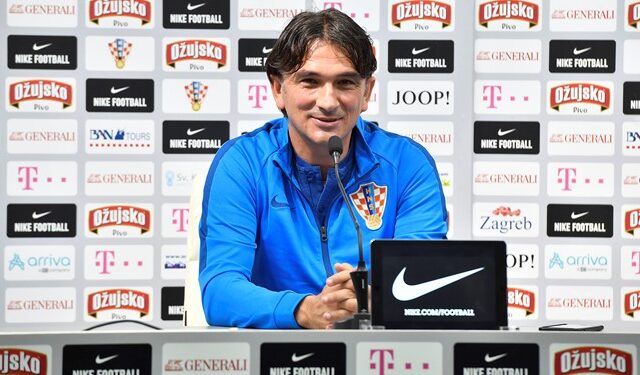 The lights of Qatar’s glamorous stadiums have been turned off. Impressions from the FIFA World Cup Qatar 2022 still linger today. The achievements of national teams, players and coaches are analyzed. TV stations and Online portals are showering us with images of celebrations in Argentina, Croatia and Morocco. I couldn’t remain immune to the past events in Qatar, so I dedicated this blog to the coach of the Croatian national football team, Zlatko Dalić. And not without a reason. Thanks to him, after the Russian silver in 2018, my little Croatia won the Qatari bronze in 2022.

You might be wondering what is the secret of his magnificent success? As a good connoisseur of the sports career of Zlatko Dalić and also his former club colleague, I will reveal to you what is that lies behind the magnificent coaching success of the Croatian coach. These are, in the first place, his communication with the public, his expertise, his way of leading the team, his personality and his character. By his thoughtful leadership of the Croatian national football team, that is filled with world football stars, Dalić managed to achieve results that give him and tiny Croatia a wider significance on the global football stage. Thanks to his personality, which is backing up his coaching handwriting and expertise, but also his social intelligence, he managed to additionally motivate an above-average talented generation of Croatian footballers and bring them to the center of attention of the world media. While leading the Croatian national team, Dalić clearly showed his calm character traits and his already recognizable traditional family worldview. 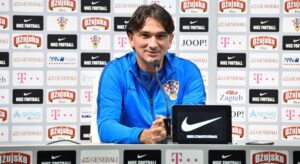 Zlatko Dalić was born on October 26, 1966 in Livno, Bosnia and Herzegovina. As a talented young man, he started playing in NK Hajduk from Split. He then played for NK Cibalia from Vinkovci, FK Budućnost from Podgorica, FK Velež from Mostar, and finally for NK Varteks from Varaždin, where he has settled at the end of his playing career and where he lives today. He was an average first league player. He left his biggest mark as a player in NK Varteks, where he played 155 games and scored 17 goals. After finishing his football career in 2000, encouraged by the famous Croatian coach Branko Ivanković, he started his coaching career in Varteks. The decisive turning point of his coaching career took place in September 2003, when Miroslav Blažević, the former coach of the bronze generation of Croatia from the FIFA World Cup France 1998, became the coach of NK Varteks. Dalić was the sports director of the club at the time, but Blažević persuaded him to start working as his assistant. Dalić absorbed the precious advice of the experienced coach like a sponge. He learned a handful of things from Blažević, from life wisdom to football and business secrets. 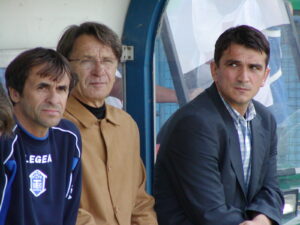 From the very beginning of his coaching journey, Dalić clearly showed traits of a calm and composed character. After spending seven years in NK Varteks, in the summer of 2007, Dalić took over the position of coach of the football club Rijeka and won the fourth place in the first Croatian football league that season. The following season, he took over the Albanian football champion Dinamo from Tirana and won the Albanian Super Cup. A season later he took over the NK Slaven Belupo from Koprivnica.

In 2010, Dalić took over Al-Faisaly FC, a newly minted first league team from Saudi Arabia. At the end of the season, the journalists of that country declared him coach of the year. He stayed at that club until 2012, and then in May of that year he took over Al Hilal SFC, the second team of the big Asian club bearing the same name. He took over the first team of that club in the middle of the season and won the King Cup, the 54th trophy in the club’s history. After that, Dalić takes over Al-Ain from the United Arab Emirates. With that club, he won the championship in 2015, and won the trophy „The best coach of the year“ in the UAE.

In 2017, the then coach of the Croatian national football team, Ante Čačić, got into huge problems in the qualification for the World Cup in Russia. Iceland was first in the group. Croatia was trying to win second place and enter the playoffs for the World Cup in Russia, but a draw against Finland led the national team to a situation where, if they would not beat Ukraine, they could miss the playoffs. The Croatian Football Federation replaces Čačić and appoints Zlatko Dalić as the new coach. Those were difficult times for the Croatian football regiment, accustomed to success. It took courage to take over the national team at such a delicate moment. Zlatko Dalić had courage and in three days only he managed to start moving our quality but sleepy team. He was one of the few who trusted the players. Very quickly, the players began to trust him as well, and this mutual fellowship continues to these days. 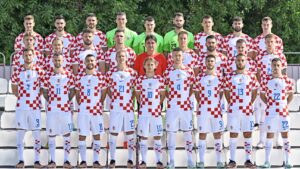 Dalić skillfully transfers his calmness and composure to the team, which has, led by him in the last five years, once again become a symbol of the nation. In addition to his indisputable professional knowledge, Dalić brought fundamental human and family values to the national team. While addressing players and the media, Dalić often uses the word humble. Using this concept, he can put himself and his achievements in the right perspective. He appreciates the value of all things, and the different ways people contribute to the world around them. Dalić is objective, he sees both himself and others accurately, he is aware of his role in the world and the role of other people. He observes the world as a whole and does not put himself in the center or in the first place. In the past five years of leading the national team he always highlights the players as a center of attention, constantly indicating with his gestures that the players are more important than him. I remember his first election statement, which in the meantime turned into his main postulate of leading the national team:

“The national team does not need a man to teach them how to play football because they all play it at the highest level. They needed a man who would organize them a little, give them confidence, tactics, give them the attention they deserve”.

These two sentences indicate the essence of his leadership style. Under his leadership, the players are always in the center of attention. Dalić has a similar relationship with his colleagues from the national team’s coaching staff. By surrounding himself with assistants who have rich national team experience – Olić, Ladić, Mrmić, Ćorluk, Mandžukić, Dalić skillfully compensated for his lack of playing national team experience. His choice of assistants turned out to be a very wise move because they are all former, hardened national team players, and their every advice is valuable.

Zlatko Dalić has the status of a deity in Croatia today. Croats do not hide their pride in Zlatko Dalić, the national team players and their successes. Thanks to them, tiny Croatia made its mark on a global scene as a soccer and tourist superpower.

It’s not all about the professional knowledge, isn’t it?