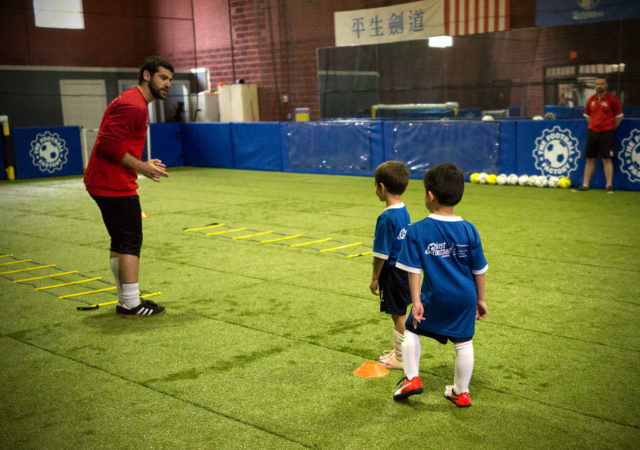 What are the most common mistakes of coaches working with children?

“Coaches involved in working with children should necessarily understand and accept that children are not mini – adults.”

Working with children is a specific field of work for each coach. Because a coach, in addition to acting on the sports development of children, also plays a very important role in their upbringing. And that can be often, as it has been shown, more important than parenting.

Most young coaches do not understand that the main educational element in working with children must be a play. There is no better way to absorb football knowledge than learning through the game. It is not by chance that football stars such as Pele and Maradona minted their skills through the game, playing soccer on the road with their peers. The educational impact of coaches on young players is most manifested in the formation of their work habits and discipline, and their evaluation system. It is indisputable that the coach is a model for every child, a model of the desired behaviour and moral values. The values that children adopt during the training process are unimaginable. In view of the above, the way coach interacts and communicate with the children is very important. Coaches need to pay close attention to what they say because the children understand everything literally. This also applies to criticisms. It should be precisely described to the children what they are doing wrong. They should be given clear advice on how to correct the mistakes. Also, don’t let it be difficult for you to praise the children. When you see a successful performance, stop the game and show and explain to the children why the performance is successful. The praise has a very positive impact on the child’s self-confidence. Unlike criticism.

In working with children, one has to be particularly careful with criticisms. Critics, if they are needed at all, should be reduced to the smallest possible extent. If we are already criticizing, criticism should be directed solely to the behaviour of the child, and not to the personality of the child. It must be told in a way that will motivate a child to change what is wrong and not feel hurt.

There are plenty of coaches who tend to focus their work on competing. The consequence of such a policy is that the children who are the reserve players are neglected. They do not get the chance to experience a sense of victory and defeat. All the children who are trained must feel as they are important to the coach. The basic goal of the coaches working with children must be happy, cheerful and content children. Because if children are already in a childhood taught by the coach to love football and sports, it is completely irrelevant whether they will become top players or not. Their love for football and sport will develop further. No matter if they will play in amateur clubs, or they will become fans, volunteers or sports officials.

Thanks to football, coaches are preparing children for life.

Coaching children is a very responsible and demanding job. It is very sad that this job is severely underestimated. Coaching the children is a mining job, far from the stage light, with the most non-objective critics in the world (parents). Still, I’m convinced that none of the kids’ coaches would change it for anything in the world because of the real kids’ smile.

If you want a better relationship with the players, be curious
A tracksuit or suit?