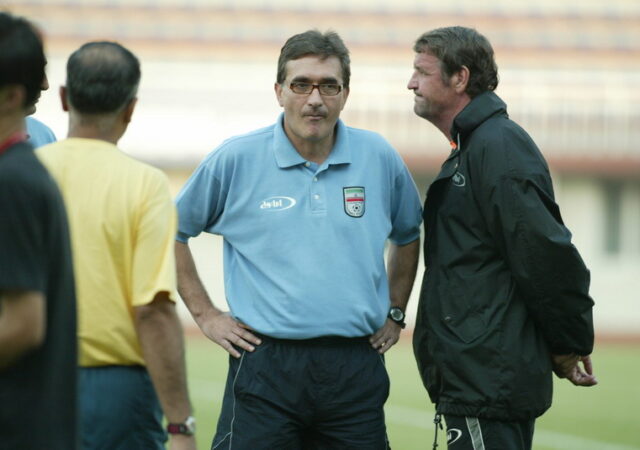 Control Your Anger and Enjoy Your Football

Picture the scene, it’s a Wednesday night, you’ve gone to the movies with your friends. You’ve been looking forward to seeing the latest blockbuster all week but on the way in you get less than satisfactory customer service from the cashier; it’s the snack vendor’s first day and takes he takes ages to get your popcorn; then, to top it all off, one of your friends sits in the seat you really wanted.

You’ve got two ways to deal with this scenario: a)  just accept it for what it is, just a series of unfortunate things, which you’re not going to let ruin your trip out, or b) totally freak out, swear at the cashier, gear up for physical violence against some complete strangers and generally ruin the experience for everyone.

Nearly everyone would like to go for option (a) because option (b) is, frankly ludicrous for most sane people to think about.

Of course it would seem crazy to flip out over a few small but inconvenient things in the example above,  but anyone who has played football has witnessed crazy reactions to fairly trivial things on the field of play, and some of us have even been the perpetrators!

Why are you getting angry about a game of football?

You might take issue with the above example: “going to the movies can’t be compared to a physical game of football – it doesn’t have any of the same pressures and doesn’t have anywhere near the same levels of testosterone in the atmosphere”.

That’s a fair point, and the example was designed to be a little provocative, but really when you think about it, your weekly game of football is one of your main recreational activities so you should view it like any other – don’t ruin it for yourself or others by temporarily letting go of your sanity!

When people look at it in detached, rational terms, it’s hard to explain exactly why they get so angry on the pitch.  In the heat of battle it’s not so easy to think in such a clear way and the mercury can rise very quickly rise on your anger thermometer if you don’t keep a sense of perspective.

Try the following to help you keep calm and enjoying your football.

1. Get to know people

Get to know your own teammates, the referees and other players and you’ll realize that generally they’re all normal guys who, like you, are just looking to have some fun playing football.

It’s not as hard as you think it would be to get to know loads of people quite quickly. The odd bit of banter with the referee, or some talk with other teams about how their season is going can open up plenty of conversation and you’ll get to know people if you consistently keep this effort up over a period of time.

Knowing people will count for a lot – it’ll help you from seeing them as the ‘enemy’ and in turn, they’ll come to see you as a good guy too.

A lot of the stress of sport comes from the expectations we set ourselves about the game we’re playing. A good number of these expectations are frankly unrealistic.

If every player could accept the following, there would be a lot less aggravation on the football field:

Bottling your frustrations can often lead to an explosion of emotions resulting in losing your temper at some point down the line.

Don’t let an issue fester and eat away at you. Try to communicate a problem to others in a calm, clear and constructive way. If it’s put in a way that helps them, others will often be glad to know what they can do to fix a problem.

Sometimes it’s hard not to feel angry, but we don’t always have to express it in a negative way.

Anger is an energy that can be channeled into constructive thoughts. It can improve our focus and inspire extra effort.

Try to use your anger and frustration to improve your own performance without it spilling over to others.

The bottom line – get a grip

Anger will ruin your sporting experience and, worse still, can turn other people away from the game. Few people want to turn up to play sports on an evening expecting it to end in confrontation.

What Are Your 7 Core Coaching Values?
Players cannot be guided on the basis of praise alone