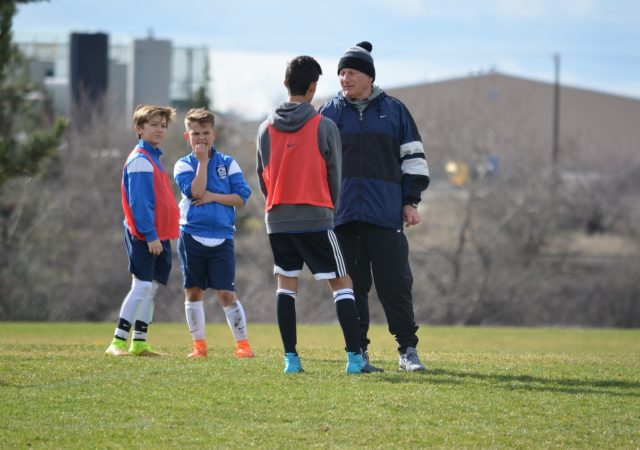 Always try to think positively! Most of the coaches do not take this recommendation seriously because they do not understand what it really means or do not consider it as useful and effective. A positive attitude leads to a boundless source of motivation aimed at success and victory.

Positive thinking is a mental attitude that pervades thoughts, words, and images that contribute to growth, development, and success. Positive thinking suggests happiness, joy, health and a successful overcoming of every situation. With a positive attitude, coaches can strongly influence their players. This happens instinctively and subconsciously, through the thoughts, feelings and body language.

Players want to be surrounded by positive people and avoid negative ones! If we are positive, players will be more willing to join us in achieving common goals. Unlike positive, negative thoughts, words and attitudes lead to dissatisfaction, failure, and disappointment.

The power of thinking is a powerful force that shapes your life. Feed your mind with positive thoughts and you will be filled with incredible energy. A big part of your positive energy will be transferred to the players unconsciously.

Believe in your players and expect a positive outcome from each game.

With such thinking, you can not lose anything, and yet you can get a lot. If negative thoughts enter your mind, you should try to get rid of them as soon as possible and replace them with positive thoughts. If you feel the inner resistance to changing negative thoughts to positive, you should not give up, but you must continue to look for useful, good and happy thoughts within your mind.

In the communication path coach to player, positivity is most often expressed through providing feedback to the players. Feedback to players must be positive. It should not include criticism although it may express dissatisfaction with the player’s behavior. Feedback from the coach should be an analysis of players’ activities or behaviors to help them improve. In communication with a player, the focus must be on what can be changed in him, and everything that can be interpreted as an attack on his person should be avoided.

Being positive is often a great lesson you can give as a coach to a player. As a confirmation of the strength of a positive attitude, I will tell you a story about the great Japanese warrior Nobunagi.

General Nobunagi decided to attack his enemy, though he was many times weaker. He knew he will win, but his soldiers were suspicious. Therefore, before going to the war with his soldiers, he took them to the Sinto Shrine and told them, “After prayer, I will throw a coin. If it turns head we will win! If it turns tails, we will lose! Destiny keeps us in itself! “

Nobunagi then entered the temple, prayed in silence and threw the coin. Head turns. Seeing this, his soldiers were eager to fight, and with ease deffeated their opponents.

“Nobody can change the hand of destiny,” Nobunagi’s companion said to him after the battle. “It really can not,” replied Nobunaga, pointing at the coin that had a head on both sides.

The crucial role of a coach in conflict situations
Is a professional knowledge crucial in hiring a coach?