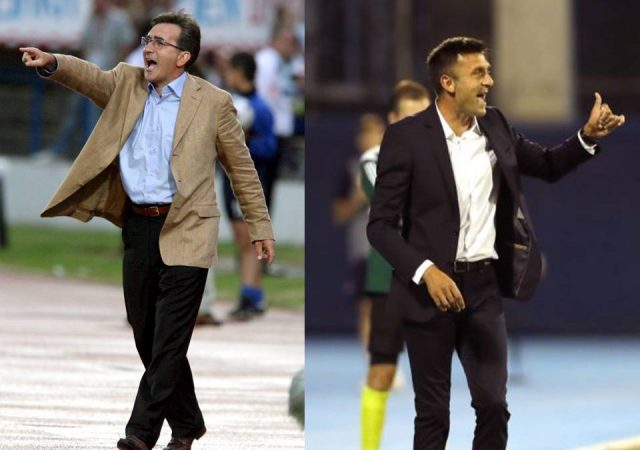 Soccer coach and the Arab World

Last week’s dismissals of two respected Croatian coaches in Saudi Arabia have given me a reason to write a few words about the work of coaches in the Arab world. In the third round of Saudi Professional League the footballers of Al Ahli, led by Branko Ivankovic, were defeated at home by Al Wahda coached by Mario Cvitanovic with a score 2: 1. For me, who have been following for many years now the work of Croatian coaches around the world it was a big surprise respecting the fact they took over their already ex-club now only two months ago.

Arab sheiks love football. In the oil-rich Arab countries, the modern stadiums sprang up like mushrooms, and huge amounts have been spent on bringing the top-notch footballers and football professionals from the western world. Certainly the most generous is Quatar. Did you know that some of the well-known football names also couldn’t resist calling of the Qatar petrodollars  such as: Romario, Pep Guardiola, Frank Leboeuf, Frank and Ronald De Boer, Batistuta, Xavi Hernandez.

Writing about Arab football imposes a whole lot of questions which need to be answered coherently, like:

Can Arab clubs reach the level of  European clubs in due course? Is there anything else behind the affection of rich Arab countries football?

The great love of the Arab sheiks for football has to be seen from a broader perspective. Given its global appeal, football is the ideal mean for the wealthy sheiks to buy prestige and increase the global reputation of the countries led. Personally, I think at the root of that love is football’s ability to shapes perception. Ownership of Manchester City FC has automatically brought international fame and influence to Sheikh Mansour bin Zayed al- Nahyan from Abu Dhabi. Similar reasons also suggest Qatar’s control over the most prestigious French club Paris St. Germain, not to mention the others.

The rich Arab sheiks may have a poor understanding of the football game, but they do very well understand what this game brings: merging money, prestige, and a sleek image.

What does the Arab financial and infrastructure football paradise mean for coaches from the west?

It is not easy to answer this challenging and important question. European and South American football coaches who choose to work in Arab countries usually find their starting point in terrific financial terms offered, not thinking too much about the specifics (difficulties) the work in this region brings. Therefore, for most of them after the first problem or lost match happens, a lesson in diversity follows. Every Arab region and every culture has its own way of managing a sports club. To be a successful coach in the Arab world, you need to know and understand the culture. The first big misconception of the coaches is that there is no such thing as a typical Arab. Geographic, political, cultural, economic and social diversity of the countries of North Africa and Arabia is huge. There is a big difference in understanding football in Tunisia or Morocco from running a football club in Saudi Arabia, UAE, Kuwait?

What is important to know if you decide to work in an Arab country?

Given the history of Arab countries, this is a normal consequence of their way of life which  was spent for many years in the nomadic tribal systems that enabled them to survive in difficult natural conditions and often hostile environments while fighting for the limited availability of vital resources. Many Arab states still can be compared to the Confederacy of the tribes. There are also some Arab states ruled by large families, tribes or clans from a particular region. To be able to survive in such conditions,  every individuality has been discouraged as not to threaten the authority of the leader within the powerful hierarchical clan structures.

Why do I use the word clan instead of family?

In western countries, a family usually means a married couple with children. In Arabic countries, family includes many generations, including further relatives. Then, it is common for Arab houses that many generations live together. This results in a high degree of closeness. Everyone knows everything and supports everyone.

Why is this important? Because coaches who work with Arab players, respectively communicating with the Arab leadership of the club should pay special attention to an understanding of the status of that player, that is, members of the club management in the family or clan. The authoritarian culture of Arab countries implies a strong  hierarchy leadership style. Authoritarian hierarchies, not equality of all human beings characterize the leadership style in the Arab world. It is a common for the sheik to entrust managing of a club to one of his sons and this is where the difficulties for the coach arise. Younger leaders, no matter the fact they lack experience, are not allowed to make mistakes in the Arab world. It is difficult to explain to such people that in football not always better or richer wins.

There are examples that the management of the football club refused to support the work a western coach if his way of coaching includes soft skills like communication or avoiding conflict. The Arabs, as the owners of the club, think they know it better and are afraid that their authority could suffer if they accept such, for their understanding unusual coaching method. Arab leaders expect the coach to give them advice and share knowledge. They have questions and problems, and the coaches are expected to give an answer. In a certain way, they unwittingly expect the coach to play the role of a clan leader or parent.

– The value of Islam

Arab culture is deeply influenced by its Islamic heritage. Quran and the Sunnah (a practice based on the sayings and actions of Prophet Muhammad) are powerful basic references for everyday life. However, there are different schools and different levels of religious affiliation in the Arab world. Although some radical fundamentalists reject the West and its values in the name of Islam,  most of the Muslims are very moderate and live according to the liberal version of Islam.

It is useful for a coach who works with players and associates who are Muslims to have at least the basic knowledge of Islam and its history. Religion should be rarely the main topic of conversation in a sports environment. As a non-Muslim, it would be wise for a coach to refrain from religious discussions. Coach too should be discerning towards Muslim players and associates during their religious holidays, especially during Ramadan.

Negative feedback and conflict are not common in Arab communication culture. Arab players and associates fear they might become less reputable if they talk openly with their coach about their weaknesses or mistakes. My Arab friend, Mustafa is more afraid of losing his face than losing money. Things will go better if the coach succeeds to explain to the players what was wrong without causing them to lose their faces.

There is one more thing about Arab players. They listen to the coach, but often don’t accept what he is saying. Likewise, for owners or presidents of football clubs – they are never looking to get the feedback. They expect people to do exactly what they are told, so what would be the feedback needed for?

It takes time to build trust in the Arab world. Quite a lot of time is needed for Arab players and associates to open up to you. Coaches coming from the Western countries are prone to thinking that if they are already well paid, the employers deserve to get the most as quickly as possible, which is actually quite impossible in the Arab world. Therefore, it is important to spend a good amount of time in building relationships. Once the mutual trust is successfully built, an excellent opportunity opens to help the players and the club leadership in achieving their goals.

Finally, I’ll get back to the Croatian coaches from the beginning of the story. Personally, I was annoyed because Branko Ivankovic, a coach who is literally wanted by half of Asia, found out the news about being fired from the reporter after the match lost. If I had known about the Arab culture what I know today, I wouldn’t be surprised. Conflicts in the Arab culture are usually resolved indirectly. In the Arab world confronting one another and clarifying issues is perceived as trouble. The role of a third party or intermediary has traditionally been an important segment in dealing with conflict in the Arab world. A third party will talk to each of the partners in the conflict and mediate to find a quality dispute resolution.