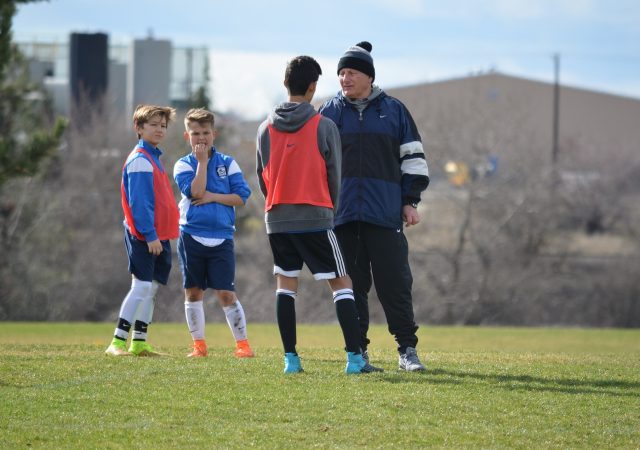 Firstly I would like to apologize at the beginning of my first this years blog to my faithful readers for not writing my blog regularly in the past six months. I had to respect the deadline of text submission to the publisher of my new book so I neglected all my other duties. I did not write a blog because of pure belief that I can not do two things at the same time.

Just the same as my beloved wife who is convinced she can not live without sweets? Not only she likes to eat them, she likes to make pies, cookies, turning me and kids into the addicts of her belief. After the holidays, thanks to her making huge qunatities  of  different kind of cakes, a couple of pounds of surplus came up and I was suddenly awakened by the coach inside. The first thing I remembered about the belief was the book “You Can if You Think You Can,” written by Dr. Norman Vincent Peale. The content of this motivational begins from  the thesis that human thoughts shape human life. Our thoughts guide us in how to become successful and effectively solve upcoming problems.

The inspirational stories of athletes and coaches from our common sports environment show us that there is a lot of truth in it. Many of them have, thanks to the power of thoughts, succeeded in changing their professional and private lives to the better. If we are motivated, if we build our self-confidence and accept the fact that we can successfully overcome every problem, our desires can become a reality. We can, only if we think we can! The key to success is not in beliefs, but in faith in ourselves, in achieving the inner balance, and in accepting the fact that each of us has unlimited potentials hidden inside.

Are you also a slave of your own beliefs? How many times in your life as a coach did you tell to yourself that you can not do something, you do not deserve something or that something is completely unobtainable?

As long as there is belief in  the background of some decision  that we have to give up on something, denying and abandoning something we are used to instead of being persistent, affirmative and ambitious, we will not succeed. The beliefs and words we are using are those that need to be transformed, changed. Beliefs are often underestimated, but they are potent, especially the restrictive ones. For example, because of the belief of many coaches that they do not deserve better many suffering and misfortunes are caused, beacuse they do not dare to thrive in the business, change the club they are not happy with, or the boss who is  making their life miserable. Some of the most common limiting beliefs in the coaching profession are:

The belief that to achieve success the hard  work is required.

The belief that we can not change.

The belief that something can not be achieved. (Croatia, 2018 FIFA World Cup Russia)

The belief that this is beyond my control (power).

The belief that I am not good enough or capable of doing so.

Beliefs create and direct things that will happen in our life. All our behaviors stem from our beliefs. Beliefs are not created from today to tomorrow, from game to game. They are acquired at the earliest age and are difficult to change during life. A major role in the formation of beliefs has upbringing. So,  if you among your players encourage a positive attitude towards themselves and make them accept themselves as unique creatures with all their blemishes and virtues, you are developing their self-esteem and belief that they are worth enough. Encouraging the player’s confidence is the most important task of the coach.

MERRY CHRISTMAS AND A HAPPY NEW YEAR
What would the players remember about their coach?