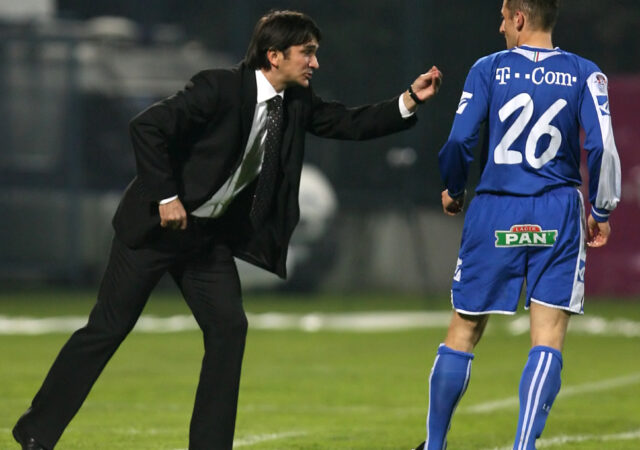 What would the players remember about their coach?

Have you ever wondered what you would be remembered for by your players from the period you coached them?

Be sure the players won’t remember you because you teached them well to pass or head the ball. Here is the list of things that players remember about their former coaches:

The first thought a player would be reminded on a former coach was whether he was honest and just. A coach has to be honest and fair to the players, and this is a must. Honor is one of the postulates of longevity and success in coaching, but also the thing players remember the coach most about.

Sometimes just a warm word of support or praise of a coach can motivate players to give their best and exceed expectations. The coach has to make sure that each player knows that he is minding their back and they often need to be reminded on it. Words of support have great power. Words of support can create a player, but they can also destroy a player. The positive words of the coach create a positive attitude in the player. Similarly, negative words can make the players sad and desperate. So carefully choose words.

From the very first contact with the coach, players record and follow his behavior. The way he looks, the way he communicates, how competent he is – all of this is being watched. It is therefore very important for the coach to be credible. Which means the adequate action must stand behind his words. If, for example, a coach insists on the neatness and cleanness of sportswear and footwear, and at the same time he looks sloppy and dirty, he will automatically lose credibility and the players will no longer trust him.

One of the decisive factors for achieving success in sport is the will and perseverance. Will and perseverance are adopted mostly thanks to the determination of the player’s teachers. How to behave, how to agree with others, how to achieve something desired and achieve the results is learned mostly from players’ parents or from their coaches. In order for the players to adopt these virtues,  the coaches should not avoid discipline, it should only be consistent and positive.

Opportunity to make a mistake

Players, whether young or older, are still children. That’s why they are so fun and sometimes very tedious. They should be let to be creative, to experiment, to investigate and to make real mistakes. It’s the best to learn from mistakes. Making and correcting mistakes is a lifelong school.

Stable environment and stable team are the foundations on which players learn to build their future life. Coaches are the ones to teach the players to know their place in a team, whom they can trust and rely on. Overcoming this task is priceless and remembered the whole life.

The desire to achieve great things in life

Encourage players to have big dreams. Players who were encouraged and motivated by their coaches achieved more than they thought they could.

Pessimists do not change the world. Optimists do.

What makes some players different is not to be suppressed, but to be encouraged, because it makes them special. Uniqueness should not be concealed. It should be proudly shown to the players and the environment so that the player himself can see it and appreciate it.

Teach your players to ask questions. Who, what, where, when, how and why. Developing curiosity encourages players to learn new skills. No coach should say: “Stop asking me so many questions”.

Teach your players to help each other by showing them how you do it.

It would be good to teach the players that we are more than the blood and flesh that occupy space. We also have the mind, heart, soul, and our will so the decisions we make in life need to be based on something deeper than what all other people from blood and flesh are doing.

Loyalty to the team

Faith is not just a physical thing. The coach must be along his team with his mind, heart, and soul. Do not be fooled thinking your players do not notice such things. They do.

And in the end – the best example that a coach can give to his players is honesty. To respect and to be respected…..