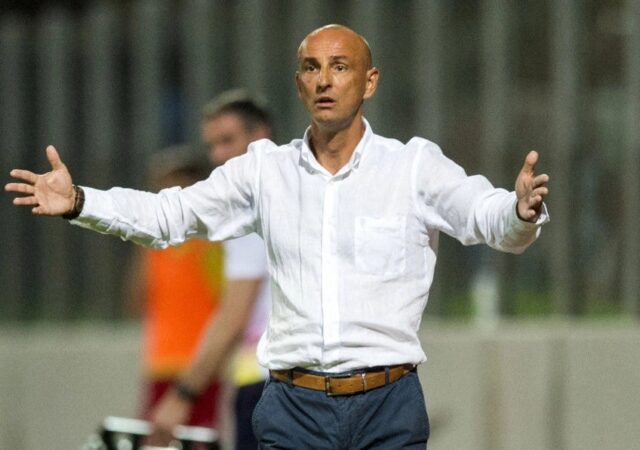 Most coaches want to be right, all of the time. So I was pleasantly surprised when I read that if a man is right 55 percent of the time, he can be considered a great man. If you want to convince your players that certain training exercises can be done better, you should never say “I’ll prove to you that this can be done better”! This is the same as telling them “You’d better listen to me, because I’m smarter than you”. Defiance and conflict among players and a toxic atmosphere in the dressing room is created by these words.

Players should be taught, without even noticing. You also have to be careful when you persuade the media about something you’re not one hundred percent sure of. You’ll never embarrass yourself if you honestly admit that you may be wrong. And if you’re sure your interlocutor is wrong, don’t give him a rough time. You won’t achieve anything at all.
A few years ago, former coach of Varteks FC, Zlatko Dalic was with his then club, Al-Tain FC in a friendly match during a break in Turkey. In the fiftieth minute he replaced Ismail Ahmed with the young player, Mohanad Salem in the belief that his quality would accelerate the flow of the ball. It didn’t happen. They lost the match.

Following the match, during an interview one of the journalists blamed him for the defeat. Coach Zlatko Dalic didn’t like it, and tried to justify his move to the journalist. The next day during a regular scheduled press conference, the Irish coach knew he’d be asked the same question by certain journalists. He decided to change his attitude. When the question about substitution arose, he refrained from justifying himself, and humbly replied “To be honest, I can see now that I was wrong. I’m sorry I made this substitution”. Miraculously nobody asked any more questions about yesterday’s substitution, nor was it mentioned in the media ever again. So, we all can learn throughout our lives. Zlatko Dalic learned that if you want people to conform to your way of thinking, you must respect the opinion of others.