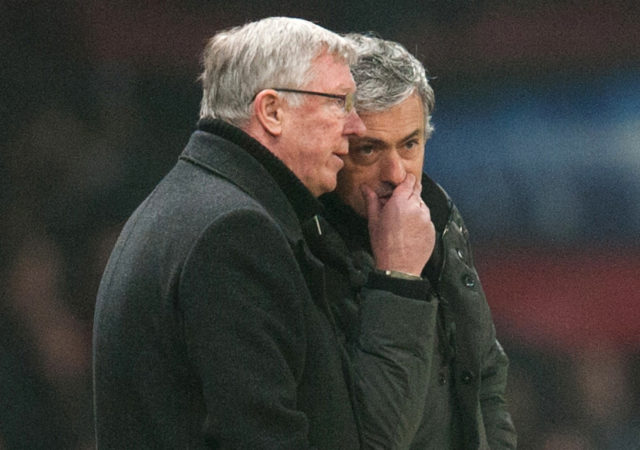 Manchester United manager Jose Mourinho has told United We Stand that Sir Alex Ferguson is welcome in the dressing room and at training — and the Scot has already been to the club’s Carrington base several times this season.

Ferguson, 74, is a director at the club but had stayed away from Carrington since retiring as the club’s manager in 2013, after 26 years in charge.

“He had not been back since he left, but I brought him back to be with his people,” Mourinho said. “I wanted the players to see the big man and for me and him to share some minutes and have lunch together. I enjoyed it, he enjoyed it.

“I’m the type of person who does not see ghosts. I respect the past and I know he loves the club.

“We have good relations and I know this is his house.

“When he wants to come here, to the dressing room, to see the players train, he knows he is more than welcome.”