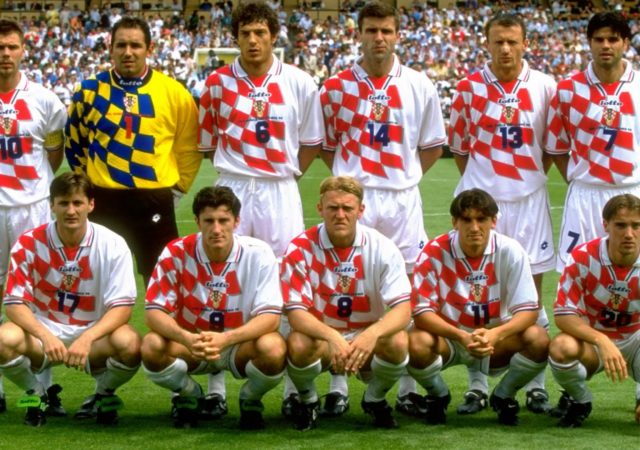 The successful coach who “digs the most gold”

A football coach is nothing more than a manager in a gold mine. Don’t misunderstand me, the gold in this metaphor represents the players. A successful coach is one who digs the most gold, which always has to be of high quality to meet the demands of the media, the public, the sporting public and sponsors.

To achieve this, it’s simply not enough to be just a ‘leader” of the miners. He must be a visionary. A strategist. Someone who will determine the ways and means to bring the miners to the “gold”. Maybe you’ll find my comparison with a gold mine ridiculous? After extensively following Irish and Croatian coaches, this gives me every right to say that this is correct.

The strongest confirmation of this claim of mine is backed up by watching the paths of football players who have reached their peak under the leadership of Croatian coaches such as Miroslav Blazevic and Branko Ivankovic. These players today represent the future of Croatian football. Players such as Suker, Boban, Modric, Mandzukic, and Kovacic represent a mere fraction of the great players whose careers were led by Blazevic and Ivankovic.

In carrying out the coaching, the “mining work”, a lot of coaches have been helped by the fact they are thorough and meticulous, studious and professional. This is why it’s extremely important that the coach is a team player. To be clear, the team must always know who has the final word. The coach must, after taking over the team, establish quality two-way communication with his colleagues and players. He must present his vision of achieving the set goals so the members of his team can easily put it into practice. Hence,  you couches  should never underestimate your status. You’re the leader of the team. You’re the moving spirit. Your role is the most important in terms of synergy.

Football is not a fool’s game as some may think. Football is a mind game, where it’s just not enough to run fast but also be a quick thinker. The heart of the tactics set by the coach is the off-the-ball movement, the speed of receiving the ball, open play etc. When working with players, apart from the technique, tactics and physical conditioning, as a coach you have to take into account the psychological, social and cultural environment of the team. You need to trust your players and associates by actively involving them in your work. Sadly, the sporting public doesn’t value “coach miners” enough. Today the sport is dominated exclusively by the desire for successful results.

You’ve either got it – or you haven’t. If you’ve got it, you’re successful. If you haven’t, then it’s time to pack your bags. I think the competition result by no means should be the only measurement of the quality of a coach’s work.

True coaches should be valued according to the “gold” they dig!