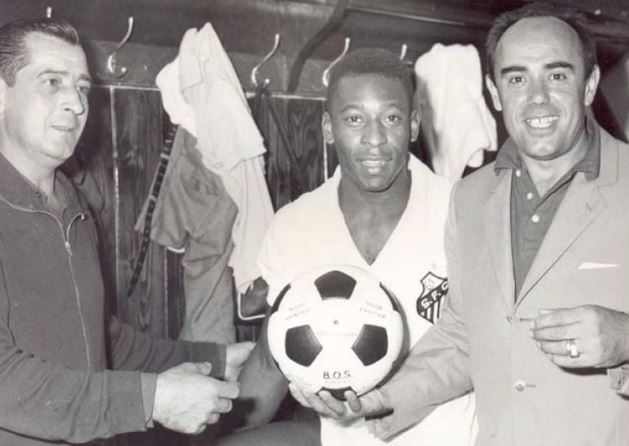 The overlooked benefit of an experienced coach

The famous Irish writer Oscar Wilde has an expression with a wonderful thought: “Experience is one thing you can’t get for nothing.” Today, how much is the experience of a coach appreciated? In the coaching profession, experience has a priceless value.

Supporting this, as the late Croatian coach Djalma Markovic used to say, is “there is no difference between knowledge and the truth”. Ivan Djalma Markovic was a football coach but also a philosopher. A coach who often used metaphors in communication with his players such as “don’t make a phone call before you pass the ball”.

Ivan Djalma Markovic possessed the brilliant gift of turning complicated processes into practical and simple sayings. One, which is summed up in his legendary saying “as soon as you can, on the wing!”, which focuses on the necessity of the fast flow of the ball from your opponent’s space on the flanks. He taught me that the coach must master the art of saying important things in a simple and original way and should keep repeating it. Such communication is well accepted among players. Knowledge is always opposed to the concept of ignorance, opinion, and beliefs. By looking at the training methods of the older more experienced coaches, I’ve learned so much.

I was fascinated as they knew exactly how to specifically give the right amount of training for all the important players. They were not slaves to the opinion that all players should train in the same way because for them all the players weren’t the same. It didn’t matter to them that these players didn’t train every single day like the others, taking no notice of the nasty opposing remarks. It was important to them that these “privileged” players were feeling fresh on Saturday, the day of the game, as they knew that their freshness was a key factor in winning. I also learned from them that you should have at least two players for each of the most important positions on the pitch, such as midfielders and attackers. When there are high-quality alternatives available, then you’re not afraid of yellow cards or injuries.

The great Croatian coach Miroslav Blazevic often uses the phrase “the one who has knowledge knows no fear”! It’s so true, although the fact that bothers me is as I grow older and more experienced, I see that there is so much more I need to learn. I constantly encounter something new. It might seem funny to you, but even today’s sports equipment is no longer as it once was. Players today are much more demanding in relation to your generation. They seem to know everything and constantly question something.

Experience is very important in the formation of a coach. Experience is the path that opens the best way to gain the necessary coaching knowledge and to achieve success. Unfortunately, in the media, the importance of coaching experience is far too often understated.