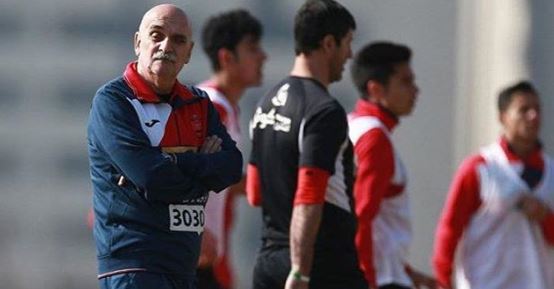 Have you ever wondered why some coaches have the power, success and happiness in their profession, and the other don’t, although they have the same level of education and they’ve graduated at the same schools?

Because success and happiness depend not only on knowledge but also on virtues. Knowledge, talent, skill and technology are a help, and virtues are power.

We all notice the qualities of a coach who is a team worker, a good communicator, and a motivator. A coach using the aforementioned features shows that he aquired these, for his job significant skills,  through educaton, training, or additional training.

But what about at first glance hidden, “intangible” but powerful elements of the coach’s personality that are called the virtues.? Virtues can not be adopted the same way as skills can, they are determined through experience and beliefs in their key role in achieving personal happiness and success.

The virtues are the key element to distinguish good from top coaches. If the coach posseses virtues such as honesty, perseverance, consistency, authenticity, patience, curiosity, athletes and the sporting public are able to follow him obediently.

I know, there are many who will say – but we live in times and in the environment that first of all appreciates the skills. Coaches who know how to communicate, and smile when it’s needed or not, right?

Regardless of the current “populist” times and the popularity of such coaches, it is about short-term “players” that will be forgotten the moment they are replaced by their sports organization. And in contrast, there are coaches who, apart from adopting forementioned skills, possess the virtues. They will be mentioned in the clubs and among the athletes even then when they will no longer be there. Because they possess the virtues that elevate them and make them beautiful, so they leave a positive trace in their actions.

One of the most important coach virtues is honesty. There is a reason to say that honesty is more valuable than diamonds. The honesty of a coach in sports is not familiar to any resort to cheating. Honor in sports implies fidelity to commitments, humility in victory, generosity to the defeated, patience with spectators who are not always moderate, fairness if competitive sport is associated with financial contractual interests. (Pius XII, 2002) The first ones who feel the coach’s dishonesty are athletes, their wakeful eye can not miss it.

The next virtue that leads to coach’s success is perseverance. The preseverant coaches do not overlook the problems they are facing – they are being solved as they come up. They do not give up in accomplishing the set goals after the first defeat, or after comments by unsatisfied fans and media. They are persistent in the intent of implementing their ideas, knowing that defeats are an integral part of their work. They are determined, decisions are made in due time after a detailed “for and against” analysis, and when they decide for something, that decision usually stays.

Some coaches are nervous because the players do not listen to them, especially those who work with children.” Do not worry that children never listen to you; worry that they are always watching you. “(http://www.cpsetanta.ie).

This often cited statement by American writer Robert Fulghum tells us that the point of work with children, in our case with athletes, is in the consistency of what we are saying, how we are acting and how this is implemented in our work. Beside parents,  coaches are the most important persons for athletes, so their behavior and action is absorbed like a sponge. Trainers often underestimate the importance of their exposure to observation and constant scrutiny by athletes. As a watchful observers, the athletes can very quick evaluate the (non) virtues of their coach and  determine whether he is credible, persistant in the values he represents, and loyal and dedicated to the common goals. If the coaches firmly hold the values they narrate and advocate, the athletes can see it very well. Finally, watching the coach, athletes might conclude that the goals he represent are not worth the effort or that they are worthy to fight and sacrifice for them.

What can we learn from the head coach of Croatian national team ?
There is a lot of elements that affect the player’s football development