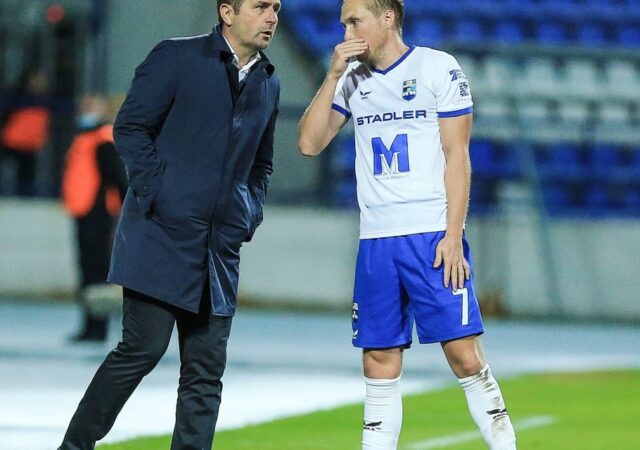 What makes the difference between a good and a successful coach

It is generally accepted that the relevant skills needed for the job of a football coach are professional coaching knowledge, knowledge of technique, tactics, and fitness training. Shortly, professional and technical knowledge and skills that can be learned and practiced through education, and with the help of literature and experience.

But what about those “intangible” at first glance hidden, but strongly influential elements of the coach’s personality? How important is the way in which each of the coaches thinks in different situations, feels and behaves in a specific manner for success in a coaching job?

In theory, personality is defined as a combination of different types of traits and a mental set of responsibilities for feelings, thinking, and acting. In practice, personality is expressed by lifestyle, and represents a series of enduring tendencies of the individual to think, feel, and behave in a specific way in different situations.

I’ve been monitoring the careers of Croatian football coaches for many years now, and have noticed that there are certain elements of personality that I believe are crucial in order to make a step forward from a good to a successful coach. These are conscientiousness, perseverance, a positive attitude, and honesty.

Although the coach’s personality cannot be completely corrected and changed on its own, there are many traits that the coach can recognize in himself and work to strengthen them further. Some of them I’ve listed already. Successful coaches become those who have recognized the relevant traits within themselves and are continuously working on improving them in order to optimize their abilities to achieve success in the coaching business.

One of the crucial elements of success in coaching is perseverance. Successful coaches never give up, they do not avoid problems, but instead,they expose themselves to risks and temptations in order to achieve the goal set. They do not resign after defeat or criticism. Perseverance is a characteristic that is valued in the coaching job, especially today when striving for quick, instant success. The burden of the new generation of coaches is that they are not patient enough. Which is both understandable and consistent with the times in which they live. Today life is hectic, information is obtained in seconds, everything is available and everything must be achieved in an instant, now and immediately. Only a few of them in their beginnings as coaches recognize the importance and necessity of experience for a quality step forward. Persistent coaches, in addition to not being in a hurry to become a big coaching name by the age of 35, do not whine and do not give up. They learn and take every defeat as a new lesson. They believe in their work and their players and give themselves and the players time to succeed.

The power of thinking is a powerful force that shapes our lives. Haven’t all of us who played football convinced ourselves of the rule that a game is not lost the moment our opponent scores a goal, but the moment we thought we were going to lose it?

Positive thinking is a mental attitude that creates thoughts, words, and images that contribute to growth, development and success. Positive thinking suggests happiness, joy, health, and successfully overcoming any situation. With a positive attitude, coaches can strongly influence their players. It happens instinctively and subconsciously, through thoughts, feelings and body language.

A positive attitude also leads to a limitless source of motivation followed by success and victory. Players want to be surrounded by positive people and avoid negative ones! If we nourish a positive attitude, players will be more willing to join us in achieving common goals. Unlike positive, negative thoughts, words, and attitudes lead to dissatisfaction, failure, and disappointment. There is a little chance that your team will beat an opponent if you tell the players in the preparation of the match: “It will be a success if we do not get five.”

If you feed your mind with positive thoughts you will be filled with incredible energy. Much of your positive energy will be unconsciously transferred to the players. Sometimes to achieve victory it is enough to tell the players: “They may be the favorites, but we are the team that can beat them, and we will beat them because I believe in you”.

In the coaching business, the salesmen logic “if it doesn’t go differently then we’ll do it fair” doesn’t count. Honesty is a very important element of personality in coaching. Considering the careers of my friends, successful Croatian coaches Branko Ivanković, Zlatko Dalić, and Dražen Besek, I would even add that honesty is one of the most important ones. The coach must be honest and just to the players. Everyone who deals with the coaching knows well that the dissatisfaction and bad atmosphere in the team doesn’t come from the players who play, but from the substitutes, ie their parents at a younger age. How to overcome this when only 11 can play? Only with a fair and just approach. Never underestimate players. They know very well which of them does and which doesn’t deserve to be a member of the first 11.

An example of a fair approach that I can remember well would be the Serbian coach Dragoslav Stepanović (born in 1948). When he led the German Bundesliga club Bayer 04 Leverkusen the best player and star of the team was Bernd Schuster (born in 1959). As Stepanovic was aware of his importance, and his lucidity for the Bayer 04 team, he allowed him to train less than other players. He did not justify his decision in front of players with some injury or similar but he told them directly (honestly) that not all players in the team are the same, and that he as a coach takes the right to allow Schuster to train less in order to be rested and fresh for every game. Because only one of his moves, not diminishing the importance of other players can solve every game. Knowing that he is right, players accepted his explanation without discussion.