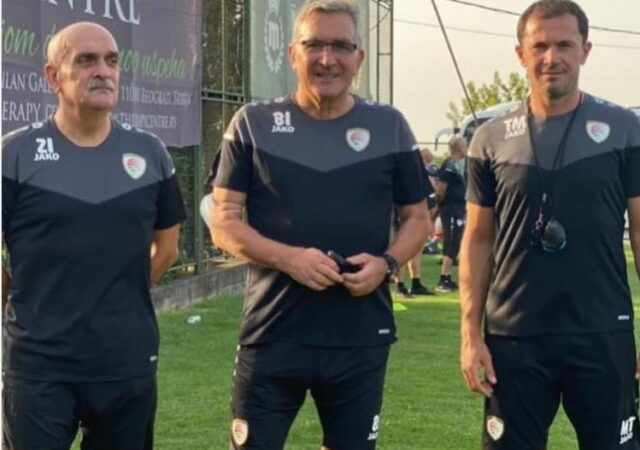 Communication is an indispensable part of the coaching job. In order for the communication of the coach to be effective, it must be timely, understandable, unambiguous and credible. As far as the content of communication is concerned, it is important that the players understand what the coach wants to tell them. Players need to know what is expected from them, what their contribution to the team is and how it will be evaluated and rewarded. It is important to plan the communication with players in order to ensure accurate information on issues that concern them is provided.

The inevitable part of the communication between the coach and the players are also the difficulties that arise in communication. They may happen due to the individual characteristics of the player, but also because of the coach’s own traits. Coaches are most often mistaken in communicating with players due to the lack of communication skills, inauthencticity of actions and messages, if they are not being credible, and giving important information first to the public and only then to players.

Players respect the coaches whose communication is credible, convincing and reliable. A credible coach can be identified with a person who has a full pocket of banknotes. As long as the pocket is full, the coach is convincing, honored and the players trust him and respect him. Each time he tells a story and his actions do not comply with the stated values, the coach must spend part of the money held in his pocket. When the banknotes are gone, so is the credibility of the coach. No persuasion or apology to the players will be able to overcome it anymore. Once lost, respect and trust are hard to regain.

What is needed in order to become credible?

1) Speak the truth and always behave according to what you are saying.

As a player, I had a coach who often talked about the harmfulness of smoking and alcohol. We did not take him seriously because he was a passionate smoker and could hardly wait for training to finish so he could light a cigarette.

The information didn’t use to be available as it is today. Social networks have done their job. In the sea of different channels providing different informations, there are always bad news coming out, no matter how secret we want them to be. Therefore, never hide or suppress them.

Do not make promises you can not fulfill. After the unexpected entry into the finals, the enthusiastic coach, encouraged by the praise of the director of the school, promised the school team players they will get new bags for the finals. After the celebration he forgot his promise, but the players did not.

Why do politicians have such a low reputation? It’s very simple. They promise a lot and rarely perform.

When something happens to the opposite of what you have claimed, you owe your players an explanation. The coach should admit he has made a mistake, explain why this has happened and accept the responsibility and apologize for it. An apology may sometimes be painful for the ego, but this will shorten the agony and allow the players to forgive you. Recognition must occur immediately at the beginning and should be voluntary and not enforced. Forced Recognition (“Because I’m caught, I would like to admit it”) does nothing to restore confidence.

Why are some coaches not understood by athletes?