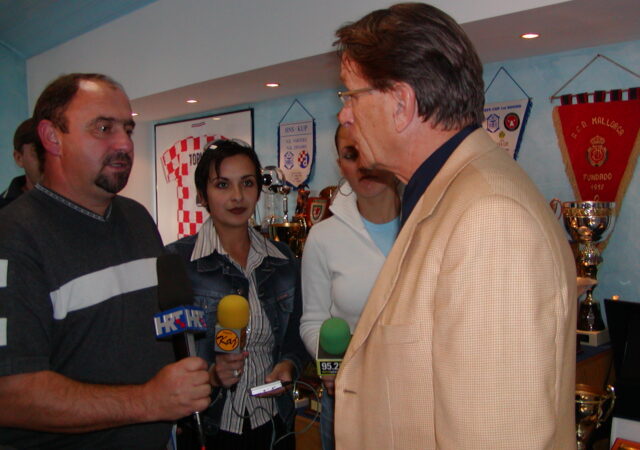 Never regard sports journalist as enemies

You’re not satisfied with the article in Saturday’s Independent? Don’t despair! Journalists are just people like everyone else, with all their strengths and weaknesses. Journalists have the right to be wrong, it’s just that their errors are visibly exposed to the public, unlike yours. Many of them have their own pet coaches and those they don’t particularly respect.

At the start of my coaching career, I was also extremely sensitive to the opinion of other people and media criticism, especially after I had a few drinks. When I read a negative article about me, I often called the journalist who wrote it to try to explain that he was wrong. My resentful pride demanded explanations and evidence for the way this article was written. I wasn’t aware that this would mean pouring oil onto the fire.

Today, when I look back, my responses seem amusing. Life experience has taught me that it’s much more important to know how to remain indifferent to criticism than to constantly explain to people that they’ve attacked you with no right. The same applies to the relationship with the media. After so many years of working in sport, I’m aware that probably more than half of those who bought the paper that day didn’t even pay attention to the article that made me so angry. And those who did actually read it, I imagine understood the article in the same way it seemed to me. Today I realize that people don’t think so much about others, but mostly themselves. It worries them more not to have taken their dog for a walk, than whether the coach of their favorite players made a ludicrous substitution during the match. I’m also aware it takes a lot of time, effort, hard work, tolerance and patience to develop mutual trust and respect  between coaches and journalists.

I would suggest you meet media representatives in person as it makes cooperation easier. Don’t be suspicious of the media. Most journalists are highly committed and take pride in their work. Sport journalists have to be seen as an essential partner in the joint venture. Not as enemies, not even those you’ve had a bad experience with in the past. You must be aware of the public eye’s great interest in football, as well as coaches. You also have to accept there’ll always be someone hoping to criticize your work unfairly. When you take this inevitable fact on board, life will get easier. Keep trying hard, do the best you can and just smile at the comments, complaints, tiny stings and criticism. This by far, is the best recipe. In the past, we can find various examples of different coach behavior towards journalists.

In the early eighties, the coach of the Italian national team Enzo Bearzot accepted his players’ initiative when they defended themselves from the sly journalist comments by simply ignoring the media. This is where the accepted notion “Silencio Stampa” was coined – not giving a statement to the press. This wasn’t just within Italy as it was later adopted across the world and became a tactic accepted by many coaches. I don’t support such an attitude of coaches and athletes towards journalists, because it’s counterproductive. Avoiding statements doesn’t mean a breakdown in communication, it’s just breakdown in talking with the media. Messages transmitted by silence, speak a lot more, but one thing is certain – they don’t bring people together.

In life no effort is wasted
Becoming a brand increases competitiveness