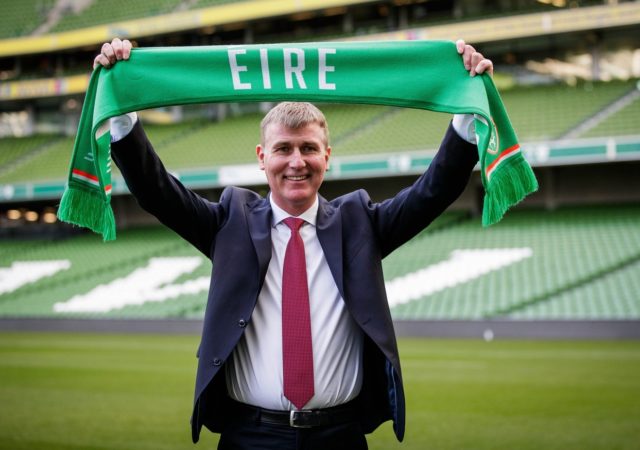 Stephen Kenny is the new manager of The Boys in Green

Stephen Kenny is the new manager of the Senior Men’s team of the Republic of Ireland football team. He succeeded Mick McCarthy in that prestigious position, widely known as the former manager of Sunderland, Wolverhampton and Ipswich Town.

Kenny is an anonymous for the European football public, but a very popular and respected football expert in his Ireland. To succeed, Kenny has had to go through mud and blood to the green fields beyond in his coaching career (Derry City, Shamrock Rovers, Dundalk, Ireland U 21). Finally, his hometown of Dublin recognized him as the best.

Kenny has made his way into Irish coaching elite thanks to the success he has achieved over the years with Dundalk FC from a town of the same name situated along the border of the Republic of Ireland and Northern Ireland.

As a coach, Kenny embodies (symbolizes, adorns) a complete dedication to the job, expertise and good communication. The great coaching prowess lies in his experience which has been acquired during a fruitful fourteen years of running high-level clubs.

He took over Dundalk FC in November 2012. In his first season, in 2013, he got the second place in the Irish Premier League, and in 2014 he won a double crown already –  the League and the League Cup. The 2015 season was just a success follow up for Kenny, as Dundalk won both the League and FAI Cup again. After the Irish domination, Kenny presented himself to the European football public in the most beautiful way possible in 2016. A small, modestly budgeted Dundalk, beat the favored and wealthy BATE Borisov in the Champions League, and it was just one more win away from miracle – making to the group stage of the prestigious Champions League. Unfortunately, the most famous Polish club Legion  from Warsaw was a bit too much bite for what Kenny’s team could chew. Relegation from the Champions League competition wasn’t perceived too painful in the Irish football environment as it brought a hefty sum of money to Dundalk as well as a guaranteed place in the Europa League group stage. Dundalk was in Group D with Zenit St. Petersburg, AZ Alkmaar and Maccabi from Tel Aviv. Dundalk FC performance in the Europe League delighted not only its fans but also the European football public. A point won in the away leg against the great Alkmaar and a victory against Maccabi Tel Aviv Dundalk showed that Irish football deserves a permanent presence among the best.

And after this greatest club success of Irish football, even the greatest critics of his work had to admit that Kenny is the one to take credit for it.

Stephen Kenny is the next generation manager. The one  who strives for a modern, technically sophisticated way of playing. He prefers a offensive minded type possession football. Keeping the ball, creating movement around and off the ball and getting in the spaces to cause danger. His team is always in possession, so doesn’t need to switch between defending and attacking. It requires flair, creativity and touch.

Since I live in Dundalk, I have watched all their European matches. I enjoyed the successes of Dundalk, which, after that, was bought by Americans  motivated by its the successes in Europe. Watching them live, I was again convinced that more technically skilled players are needed for a bigger European breakthrough. With technically limited players available to him in Dundalk, Stephen Kenny could not develop the game he wanted. Due to the poor handling of the ball, the back line made a lot of mistakes, which was most visible in situations where the opponent played high pressure.