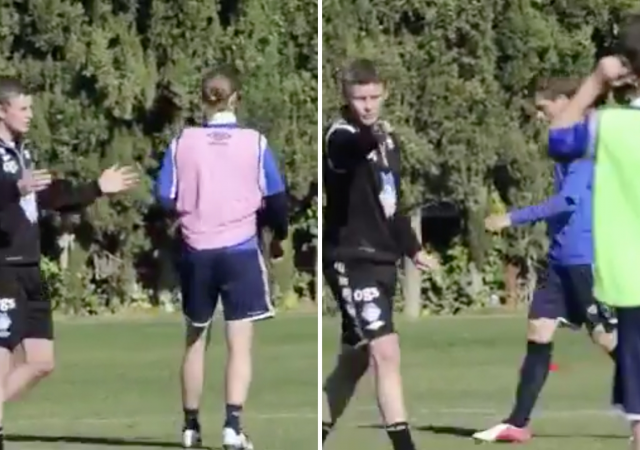 Although the title of the text might be associated with a comparison between diligence and laziness, this was not my goal – it’s about my desire to symbolically show the difference between two coaching and leadership styles, each of which is equally valuable. I compared two coaches who exchanged places at Manchester United FC this year. Instead of a dynamic and charismatic Mourinho, MU brought to the club Ole Gunnar Solskjær, known to the wider public as the former club’s player.

I have nothing to blame the former coach Jose Mourinho for, regardless of the results missing with the MU and his substitution afterward  – all his achievements so far and all the titles he won with other clubs are impressive, and his appearance has always been confident, funny, entertaining and motivating.

The new coach Ole Gunnar Solskjær, until he arrived to MU was only in Norway’s well-known coaching name. After a very successful football player career (and the biggest mark he left exactly in MU), he began to build his coaching career in the FC Molde – the first Norwegian League club. Ole Gunnar Solskjær is known as a hardworking, thorough and studious coach. Because of this kind of approach to the coaching, the results were not missed, followed by MU asking him to take over the job of the head coach.

Jose Mourinho and Ole Gunnar Solskjær are two different coaching and leadership styles and among them two which one is better?

I could not say that this one is better or worse than the other one. I can only prefer one or another style. First of all, I think it is very important to know what are the personal internal drivers of the coach? Is it to build something new from scratch, creation and patience in working with own players, persistence, and not giving up? Or, on the other hand, are they constantly driven by the new challenges, career, results, risk appetite and abandonment of the security zone…?

In my life, I had the opportunity to meet both types of coaches and for me, it would be hard to prevail on one side, regardless of their performance. I remember that in my club the coaches – crickets were generally loud and penetrating. They did not stay in the club for a long time, up to two competition seasons. Regardless of the short stay time the club had, thanks to them, at that time liven up. Football became the main topic of talk in the city. The coaches – crickets have always brought along the new ideas and methods of work as well as experience gained from other clubs. Their arrival has always increased the media interest for the club.

Unlike them, the coaches – ants were a pure contradiction. They avoided public appearances and the media under any price. They were workaholics. They used to spend the whole days in the club, exchanging opinions with all the coaches in the club, followed the players of all the selections from the very least to the senior. All their insights were memorably written and studied. They enjoyed being on the pitch. They followed the players’ progress, knowing that their vision of the club development would only be successful if there will be enough patience. Longevity is the most important thing that is crucial to the success of the coach –ant in my opinion. Longevity and patience in the style of one of my favorite stories:

During the away leg of the famous Japanese football club in England, hosts prepared a dinner for guests. While having dinner the Japanese club president took advantage of the leisurely atmosphere and asked his English counterpart how it is possible that the grass at their stadium is so perfect. He told him there is no secret – “you just have to plant a good seed and regularly water it.” The president of the Japanese club told him that they bought the best English seed for their field, but their grass is still not so green and beautiful. The English host answered – yes, but you have to know we have been doing this continuously for 150 years.

So perseverance, long-term dedication to the goal and sticking to the club’s strategy despite all eventual tries of a new owner or a new director are the secrets of success of the coach – ant.

Two coaches, two coaching and leadership styles, with their virtues and flaws?

Many years of football experience shows that in the end, there are different people around us needed in the different stages of club development. Power of progress is in diversity.